US lawmakers pledge support for KDF plan to exit Somalia

The United States Congress has pledged support for Kenya’s bid to withdraw its troops from the African Union Mission in Somalia (Amisom).

Visiting US lawmakers said, however, said the support will depend on whether Kenya’s move will spark resurgence of extremist groups in Somalia.

The resolutions were reached during a meeting between Congress members  and Kenyan senators in Nairobi on Friday. Led by Representative for North Carolina David Eugene Price, the American lawmakers heard that Kenya is ready to pull out her troops from Somalia to enable Mogadishu to manage her affairs.

“We told them that as a country, the end game is for Somalia to be able to manage its own affairs,” Senate Deputy Speaker Kithure Kindiki, who led the Kenyan delegation in the talks, told People Daily yesterday. “The position of our country is to ensure the federal government of Somalia is empowered and capacitated.”

People Daily learned the lawmakers accompanied by US Ambassador to Kenya Kyle McCarter were concerned over Somalia’s stability after reports emerged that Amisom was going ahead with plans to withdraw its troops next February.

But according to Kindiki, as long Kenya’s withdrawal does is systematic and ensures the vacuum created by withdrawal of troops does not attract resurgence of terrorist groups, the pull-out will proceed as planned.

The meeting was also attended by Amisom Force Commander Lt-Gen Tigabu Wondimhunegn and his deputy Maj-Gen Charles Tai Gituai, a Kenyan in charge of the mission’s operations. 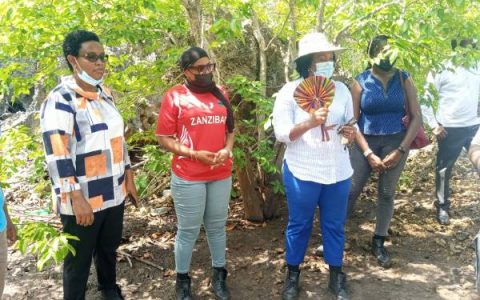 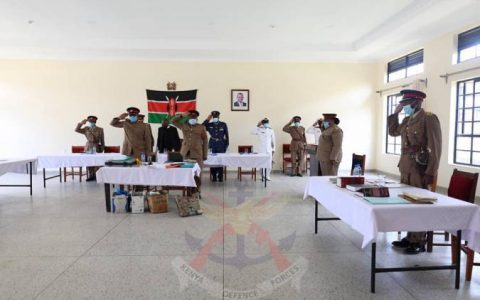 Uhuru presides over KDF pass out