Today, Kenya and the rest of the world marks World Aids Day under the theme “End Inequalities. End Aids,” with a special focus on reaching people left behind and highlighting the growing inequalities in access to essential HIV services.

As Matilda Aluoch, a mother of two children aged 10 and seven, shares, living with HIV requires one to be strong, physically and mentally.

The 30-year-old got married at a tender age, a marriage in which she stayed for 10 years before separating with her husband in 2016.

She recalls how in April 2016 she was tested for HIV and the results turned out positive.

“I had been experiencing constant headaches and my body developed rashes. This prompted me to visit the nearby hospital and I was tested for HIV.

When I received the results, I was devastated and hopeless. I flashbacked to my husband’s constant affairs and realised that he had brought the virus home — he had infected me,” Matilda says while sobbing.

It is after this that they went separate ways. “Since then, I assumed full responsibility of my two children.

“Life has been tough, especially after Covid-19 pandemic struck and the living conditions worsened since the father of my children is not supportive.

Despite that, I find happiness in the eyes of my children who give me the strength to carry on,” she adds.

According to Matilda, after she disclosed to her family and friends about her status, they became her support system.

“In the first year after the diagnosis, they offered me a lot of moral support.  I didn’t disclose about my condition to many people, but I could see instances where the society was harsh and cruel to other people who had been diagnosed with the virus,” she says.

After accepting her status, Matilda decided to take her antiretroviral therapy (ART) drugs on a daily basis and adhere to the doctor’s advice so as to live a normal and stress-free life.

She offers: “My children are healthy. I took them to a health facility for testing and they both turned out negative. I thank God that they are all fine.

They are still young to understand about my HIV status, but I will probably share with them when they become teenagers and are old enough to understand.

But I always talk to them about certain health risks and safety measures they need to observe. My daughter is 10 years old and I always worry about someone taking advantage of her.”

Matilda currently works as a sex worker in order to fend for her children. She usually insists on using condoms to avoid spread of the virus.

“You never know who you meet out there. So I negotiate for use of condoms even though it pays less as compared with sex without protection,” she reveals.

Her journey as a single parent has seen her face a number of challenges.

“There are days I go to the club or the bars around to look for clients and fail to get any and that means that I have to go home empty handed, yet the children are waiting for me to bring some food and cater for other expenses.

I am also forced to leave my children at home all alone since I cannot afford to hire a house girl to take care of them when I am out working.

It becomes a challenge when I have to go to far off places. I solemnly depend on myself financially, but emotionally I look up to my mother and elder sister for support and encouragement,” says Matilda.

On the days she feels like giving up, Matilda says that she thinks about her children and soldiers on, and this means that she has to keep on taking her ARVs to boost her immunity.

“You have to exercise discipline and ensure that you do not miss out on any single day. But I must say that the medication has really helped me,” she says.

As a parent, there are tips she has had to employ in raising her children and these include ensuring that they have time for Bible study and understand about God and live according to God’s wishes and will, correcting them when they are wrong and being open to them, especially to her daughter who has started experiencing body changes on issues affecting the girl child so that she can be responsible.

Matilda says: “Motherhood has taught me to be tough, prayerful and adopt to change since one never knows about what lies ahead. I have learnt the value of respect, honesty and obedience, which I always hope to instill in my children.”

And as the World Aids Day is marked, Matilda’s message to the youth is for them to abstain from premarital sex and if they have to engage in sexual activities they should use a condom as a means of protection.

She also hopes that the government will ensure that ARVs will always be available at health facilities without any shortages and also put in place measures to curb rape cases, especially among children who are mostly victimized, yet they are innocent beings.

“HIV/Aids is not a death sentence. For anybody living with the virus, I advise them to strive to remain positive and strong, eat a proper diet and adhere to your medication and you will live a normal life,” says Matilda.

Motoring 101: You’ve been driving wrong all along 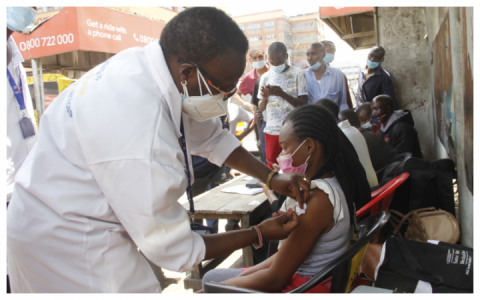 Covid-19 ought not stop conversation on Aids