The State bears the constitutional duty to ensure that everyone within our borders accesses justice. The implication of this obligation is that all branches of government have a shared responsibility to realise Kenyans’ long-held dream of a justice system that is accessible, cost-effective and efficient.

To effectively deliver on this obligation requires unhindered collaboration and coordination of all the actors in government, while recognising the inherent nature of the independence of State organs.


The constitutional structure for the operations of the Judiciary emphasises the independence of judges and judicial officers in the discharge of their mandate.

In addition, the Judiciary is not to be subjected to the control by any person or authority. Thus, it is a constitutional command that no extraneous factor should be brought to bear in judicial decision-making.


However, the Constitution envisages a more nuanced approach to judicial independence. It emphasises inter-dependence with other branches of government and State agencies who ought to play a facilitative role that enables the Judiciary to discharge its mandate.


The implication of this constitutional scheme is that all inter-branch tensions, disputes and the resource needs of the Judiciary ought to be addressed through principled dialogic and cooperative engagement.

It is in light of this that the Judiciary has enhanced cooperative and collaborative engagement in its institutional relationship with other Arms of Government and State agencies. This is being pursued in order to address the Judiciary’s significant budgetary, infrastructure, and human resource constraints.


I note that pursuant to the robust cooperative dialogue we have had with the Executive, the Judiciary Police Unit has been established, the Judiciary Fund is being operationalised and the Judiciary has been allocated land to build the Kenya Judiciary Academy. This is the spirit of harmony that demands that all State organs work together in pursuit of the common good.


I hope that this collaborative approach will continue and will help unlock other areas of inter-institutional tension.  The values of integrity and accountability are core foundational values of our constitutional system. In addition, the law places a high premium on ethical conduct by judges and judicial officers.


The Judiciary has embarked on mainstreaming the idea of ‘judicial hygiene’ in the conduct of judges, judicial officers and staff with an aim of enhancing public trust and confidence in the judicial system.

We aim to do this by ensuring that we deal firmly but also fairly with any complaints of misconduct including allegations that relate to corruption.


I assure Kenyans that complaints implicating any judge, judicial officer or staff will be dealt with promptly and satisfactorily.


We are also working towards enhancing the efficiency of the processing and the resolution of complaints against judges, judicial officers, and judicial staff at both the Judicial Service Commission and the Office of the Judiciary’s Ombudsperson. We aim to provide adequate staff to these bodies, with a goal of having a turnaround of at most six months in the investigations and processing of complaints.


In a further measure towards improving the efficacy of our complaints handling procedures, we are working towards leveraging on technology to improve the complaints lodging, tracking and feedback system.


Consequent to my invitation, the Ethics and Anti-Corruption Commission is already undertaking a systems review of the policies, procedures and practices of the Judiciary with a goal of identifying the avenues and opportunities for unethical and corrupt practices so that we can work towards eliminating them.


Given that the challenge of stamping out graft remains a formidable challenge, I call on all Kenyans to join hands in our quest to slay this ugly monster that has destroyed our nation. 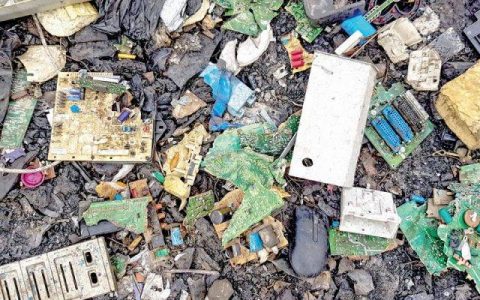 No judge is above the law, CJ Koome says as she faults arrest of two judicial staff