The Jomo Kenyatta University of Science and Technology basketball team, the Stray Cats, recorded the club’s longest winning streak as they shot down Shoot 4 Life 85-61 at the Nyayo Stadium on Saturday to win the 2021 Kenya Basketball Federation men’s Division Two league unbeaten.

After competing in the second division for six seasons, the Peter Kimani-coached university side now turn their attention to promotion playoffs.

“It’s exciting to make such history, considering how long it has taken us to get to this far. Six years playing in this league was the sad part of this incredible journey. And for sure this year, we have been steady all along, it’s our time and I feel it. The desire to win has been there. We have just been a notch above. I have a mature team that understands how long we’ve been stuck in Division Two,” an excited Kimani told People Sport.

He, however, reiterated that winning the regular season unbeaten will mean nothing if they don’t win the overall title when the league enters playoffs.

Elsewhere, league debutants Kisii Raptors’ quest to qualify for the playoffs got a big boost on Sunday as they routed Renegades from Nakuru 78-60 at Kisii University to move to fourth place with one match at hand with high-flying Hillary Simba posting 25 points for the winners .

“On Saturday we were to play Little Prince but they never showed up and we were awarded a walkover and two points while the Sunday’s won over Renegades has catapulted us to fourth. We still have a game at hand, and we’re hopeful of making it to the playoffs,” Kisii Raptors coach-cum-player Hillary Simba told People Sport.

In the other league fixtures, Shoot 4 Life bounced back from their defeat to Straycats to beat Baobab Blazers 80-68 as Nebulas added salt to Blazers’ injuries by beating them 59-51 before Baobab turned tables on Nebulas, beating them 65-51. 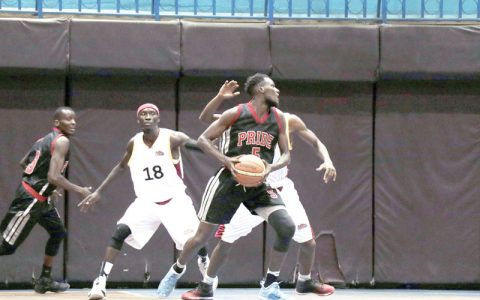