Street clashes again shook Khartoum as internet services returned to Sudan on Thursday, a day after 15 protesters were killed in the bloodiest violence since the country’s October 25 coup.

Wednesday’s killings were condemned by UN rights chief Michelle Bachelet who said “it is utterly shameful that live ammunition was again used yesterday against protesters.”

The demonstrations were organised despite a near-total shutdown of internet services and the disruption of telephone lines amid a crackdown on anti-coup protests that has killed dozens.

The European Union also condemned the crackdown, saying the “perpetrators of these violations will be held accountable” and that the blackout must “not prevent the world from being informed about these human rights violations”.

Since Thursday morning, police fired tear gas to disperse dozens of anti-coup protesters who had stayed on the streets of north Khartoum overnight, witnesses said, braving an intensifying crackdown that has drawn international condemnation.

Police tore down makeshift barricades but dozens of protesters returned later to rebuild them and police again fired tear gas to disperse them, witnesses said.

“Protesters responded by hurling stones at the police,” one of them said.

Burhan insists the military’s move “was not a coup” but a step to “rectify the course of the transition” to civilian rule.

Thousands took to the streets on Wednesday in Khartoum and other cities but were met by the deadliest crackdown since the coup.

At least 15 people were killed, most of them in north Khartoum, doctors said, raising the overall toll since the coup to 39 dead.

Police said they had recorded only one death among protesters in north Khartoum.

Another 30 had suffered breathing difficulties from tear gas inhalation.They said they had fired no live rounds and used only “minimum force”, even as 89 officers were wounded, some of them critically.

By Thursday morning, phone lines had been restored before internet services returned.

Bridges connecting Khartoum with its neighbouring cities reopened and traffic returned to many of the capital’s streets.

UN Special Rapporteur on Freedom of Association Clement Voule said he had “received alarming reports of increased use of lethal force by the military against peaceful protesters”.   – AFP 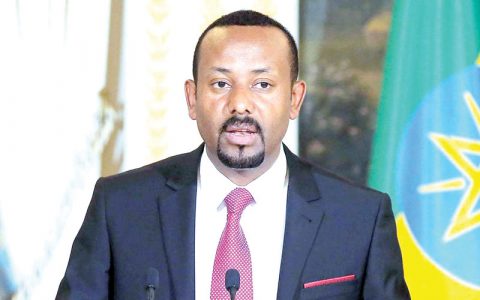